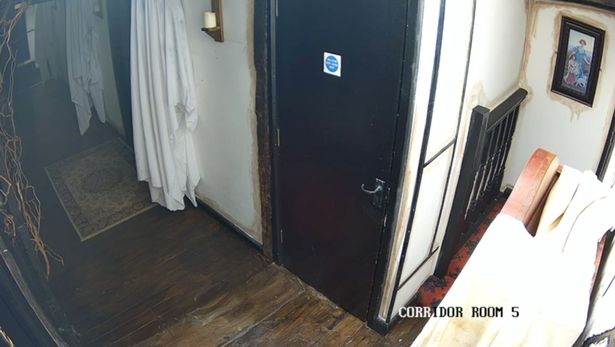 A group of paranormal investigators that were investigating Ye Olde Kings Head, in Chester, United Kingdom, claim that they have captured an image of a “ghost monk” on camera, something that investigators were attempting to do for the better part of a decade.

Ye Olde Kings Head, which was built in 1622 as a brothel that was converted to an inn in 1714, has garnered a reputation for being one of the most “haunted” buildings throughout all of England, and has even been featured on paranormal TV shows such as Most Haunted and Sky’s Paranormal: Captured and Ghost Adventures.

The home was purchased back in 2012 by paranormal enthusiast Harry Achilleos.

Footage captured at 2:16pm in the main corridor shows the entity turning before passing towards the window and then disappearing into thin air.

“The top floor corridor has always been an active area, guests have heard many things there over the years and there has been the apparition of a child caught on camera many years back – now having the cameras installed allows us to capture more evidence on a regular basis,” Harry said, according to NeedToKnow.online (via The Mirror).

“We have guests most nights of the week investigating but I knew immediately that this footage couldn’t be explained as the upstairs is closed until guests check in at 8:30pm. There was nobody in the night before.”

Investigators Danny Moss and Brett Jones spoke about the occurrence.

“The corridor is usually very active, over the last eight months we’ve captured the sound of footsteps on multiple occasions when nobody is there and also knocking on some of the bedroom doors” Moss said. “The fact we have multiple cameras up there allows us to prove that these events cannot be explained [means] it’s paranormal.