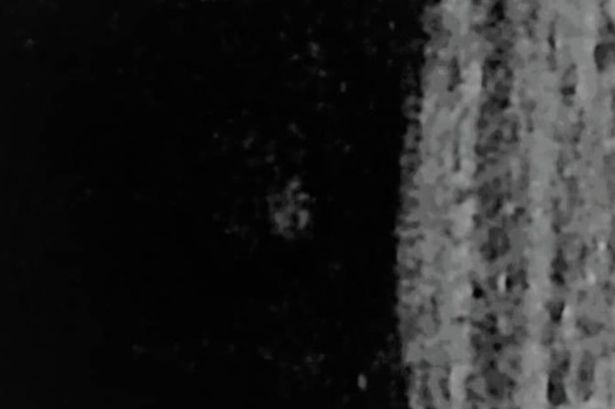 A team of paranormal investigators from Hunter Tours were taking a group of ghost enthusiasts through the tunnels of Fort Horstead in Rochester, Kent in the United Kingdom when they captured one spooky image.

According to the Mirror, Colin Waterman managed to catch the image on camera at the haunted fort and the image appears to be that of a child’s face.

“We did a ouija board, we were calling out to see if there were any spirits in the area and a little child came through on the board” Williams said, according to KentLive. “They spell out the letters, we said are you a little boy and it went to yes, he said that he died there when he was a little boy.”

“I skipped past the photo and went hang on a minute, and I zoomed in, lightened it up and it came up as a little face. I’ve got a few in the past but nothing as clear as that” Williams. 41, said of the discovery.

“You get the little goose pimples to think I was actually standing there and that was looking down at us and we didn’t see it.

“I was straight onto the crew members they were like, ‘oh my god, I can’t believe it! What a great photo’.”

The owner of the company which has around 60 staff running 400-500 paranormal investigations per year, Andrew Ayres, was beyond thrilled about the photo.

“It’s a really good one, we get stuff like this all the time but that’s an exceptional one” Ayres said.

“It’s the afterwards that you get the evidence, those photographs are reviewed later you’ve got the little boy on the ouija board, communicating and then you’ve got this of what’s quite clearly a little person.

“We run voice recorders during the experiment and people tend to put headphones on and review the recordings and you’d be amazed at what comes out, you get spirit voices saying ‘it’s me’.”