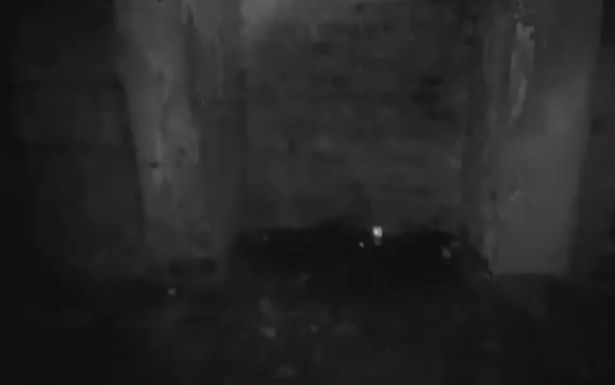 A paranormal investigator has captured the voice of a foul-mouthed ghost on tape during an investigation, and the ghost is none too pleased about it’s current situation, claiming that they are “trapped”.

Andy Pollard, AKA the Yorkshire Ghost Guy, visited the notorious Cadeby Tunnel in Doncaster (United Kingdom) during a recent paranormal investigation, where claims that a young girl selling rags was killed years ago haunts.

Pollard was utilizing  a K2 meter – a device used to detect spikes in the electromagnetic field which paranormal investigators believe may indicate the presence of ghosts, and when going through his evidence later he found a voice captured that politely told him to “fu$% off” before saying that they are “trapped”.

“On previous visits (with my former group) we captured a woman’s voice asking “is my baby there”, Pollard says, according to the Mirror. “It’s a place that I’m a little wary of to be honest even in the daytime hours.

“I didn’t actually see or hear the evidence until playback which is probably a good thing.

“On my way to the tunnel I got talking to a gentleman walking his dogs, he said that to the best of his knowledge no one had died in the tunnel.

“I’m not the biggest paranormal investigator out there, I’ve not got a massive following but I love what I do and I’d encourage anyone wishing to do it for themselves to go for it.”

Listed to the audio here.