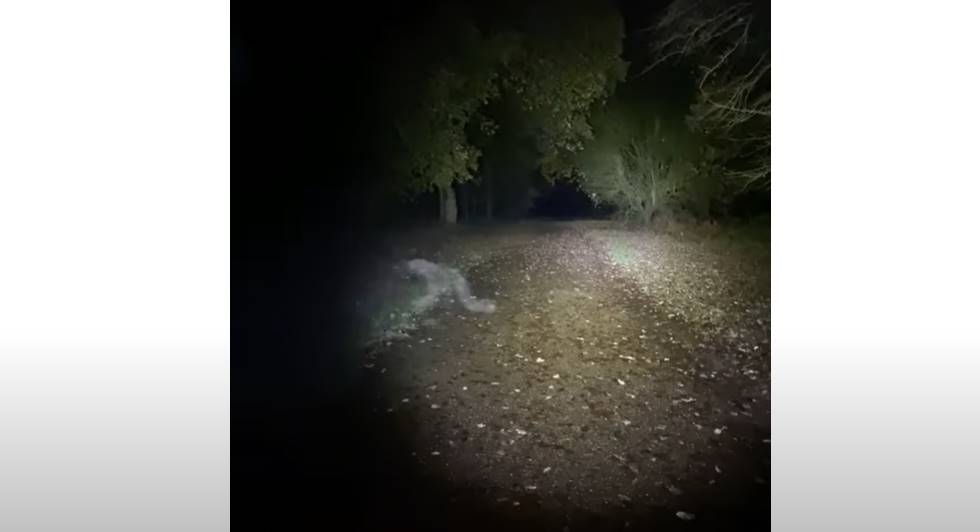 A brand new video has surfaced on YouTube that documented an experience that Hannah and Dave Rowett had while they were walking their dogs around 6:30 am on a woodland path in Clumber Park, Nottinghamshire.

“Initially I thought it was a dog, but then as I look at it it’s more a human-type form,” Hannah said, according to Paranormality Magazine.

“It’s quite demonic in the way it’s crawling and has long limbs. I followed it with my torch, watched it back, then turned to Dave and said ‘I’ve just seen a ghost and I’ve got it on camera’”.

“I think it’s such an incredible image that I wanted to share it.”