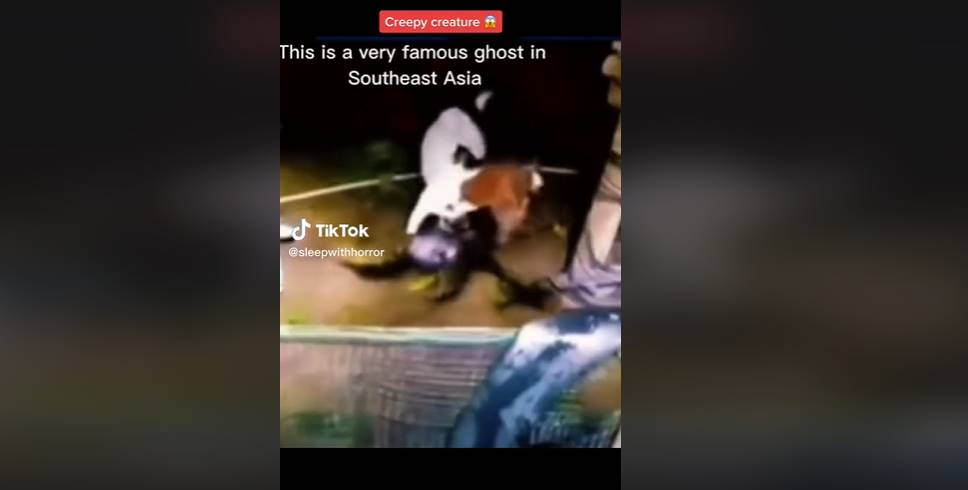 A strange shadow creature, which is apparently very well known in South East Asia, has been caught on film apparently attacking a goat and it was all posted on the TikTok platform for the world to see.

It is an odd video, as it appears at first that the goat is simply entangled in some sort of black netting or fabric, but as the video continues, you can see a face just below the goat’s chest which completely changes how the video is seen.

At the end of the video, you can see the creature slithering away after it is thwarted by two men.

You can see the video here.

In this article:Shadow Figure Attacking Goat