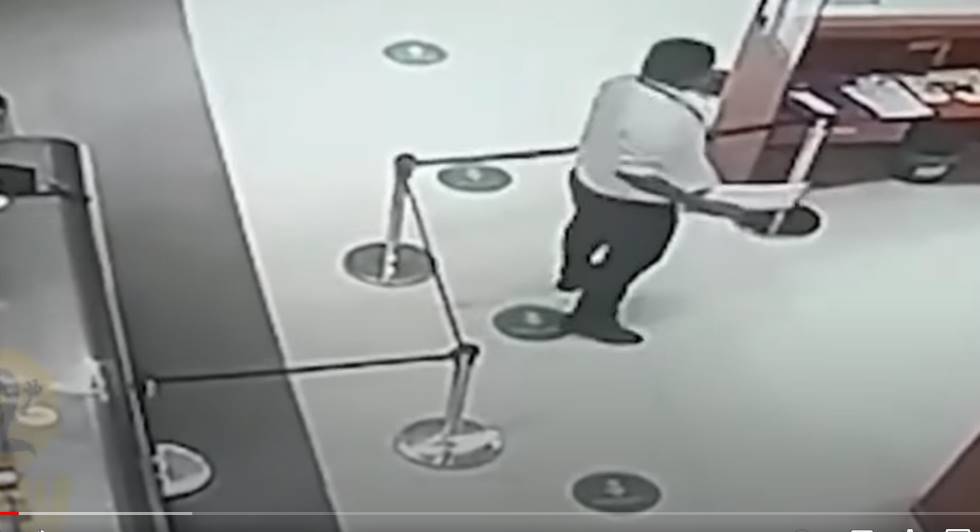 In a rather incredible bit of footage, CCTV shows a security guard at Finochietto Sanatorium in Buenos Aires, Argentina welcoming and speaking to a patient prior to leading them to a doctor’s office for her appointment, however, the patient died at the hospital the day prior.

In the video, the guard can be seen greeting a visitor, taking information, and allowing them into the lobby, although the video shows nobody with him. The guard was even chatting it up with the elderly woman and even offering her a wheelchair as she awaited to see a doctor at around 3:36 am on November 11th.

According to the Mirror, a spokesperson for the private care center said – “It is the door to one of the entrances that is open after hours, it is the entrance to see the duty doctor.

“As it was broken, it opened by itself 28 times during the 10 hours between Thursday night and Friday early morning.”

“There is no entry record of any person at that time. This gentleman pretends to be writing something, but when you go to the registry, no one appears.”

The center has dismissed this as a joke.